Slideshow removes after scrolling down. Refresh window to see again. (Slideshow always hidden on smartphones)
Cape Breton Island is connected via the Canso Causeway to Nova Scotia and belongs to the East-Canadian Maritimes. What you can read on the driving plates describes exactly what you can find in this part of Canada: „Canada’s Ocean Playground“! Some of properties have services such as EV Charging, fitness, water sports, bicycle rental and outdoor firepit.

Light in Nova Scotia is much stronger than elsewhere, colors are more brilliant and the fog is sometimes the thickest we have ever seen. Lay back and let Nova Scotia enchant you. The coastline is deeply indented by fiords and numerous bays. Cape Breton Island in the north east has a huge lake (Bras d’Or Lake) with crystal clear water and terrific fishing possibilities. People here are still very tight to their traditions: there is always an occasion to play Scottish bagpipes and Irish fiddle music and when you are here you can choose among different Scottish events and step classes. In the French Acadian, their inhabitants, although english speaking, enjoy being greeted with a „bon jour“.
Nova Scotia is different, peculiar, very lovable and lovely at the same time. Many people find that the landscape here is very similar to Scandinavia: narrow mountains, huge green areas, lakes and large forests with moose, bears and lynxes. But, thanks to Nova Scotia’s latitude (45th latitude - the same as in France) summer is mostly warm with pleasant winds and temperatures between 25°C and 30°C.
Don’t forget to take a sweater/sailing jacket as the weather can quickly change also in summer. This is what we love in Nova Scotia: it is never boring.
Enjoy our vacations homes.
Bluenose 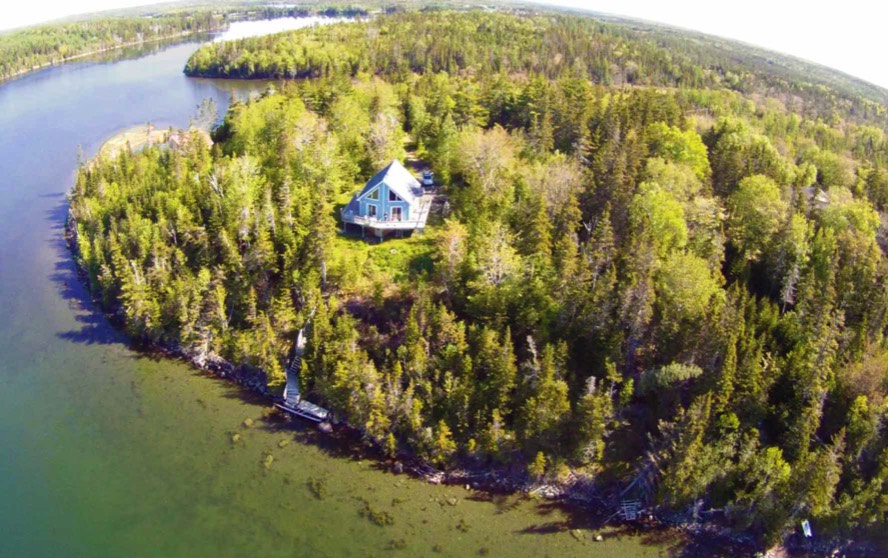 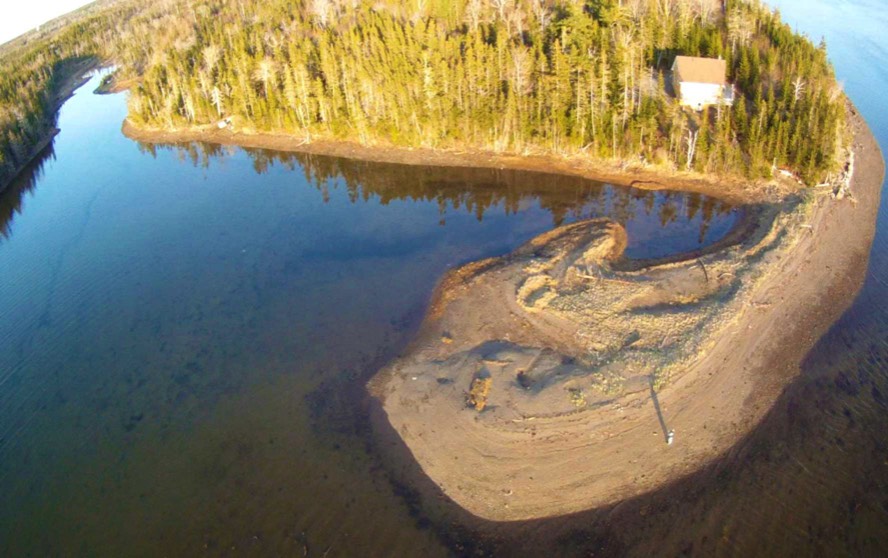 The Yellownose House with huge private beach. It is very easy to pull the big family canoe from the sandy point into the River Inhabitants and enjoy fishing your own dinner. Particular for kids the bay offers perfect swimming.
Read more here…
Kingfisher's Beach House 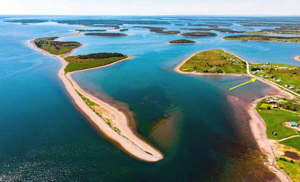 The Kingfisher's Beach House is located in West Arichat 20 min distant to a vibrant fishing village with all amenities (Coop, Walk in Clinic, Seafood Market etc.) It sleeps 6 and is a heaven for kayaking and many events on the lake. more here…
Sailor`s Rest 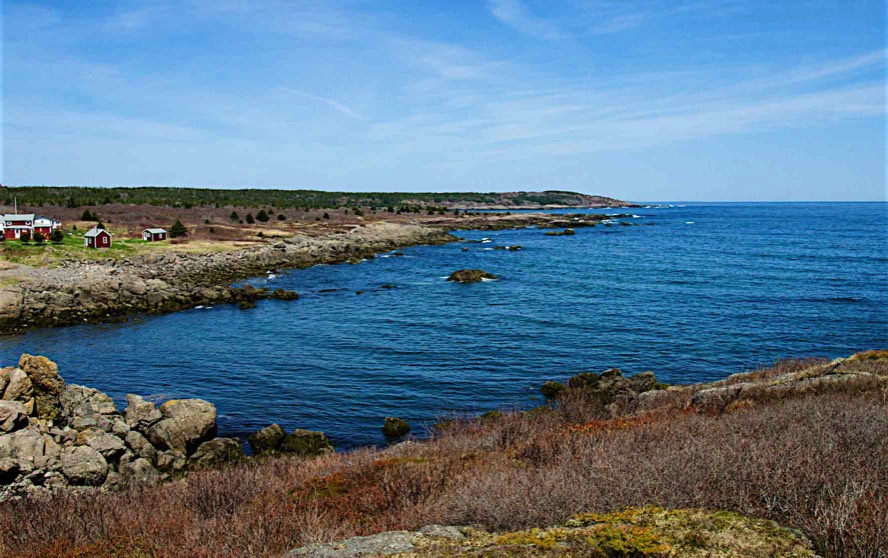 The Sailor`s Rest House sits on the cliffs at the end of the quaint fishing village of Samson’s Cove (35 min drive from the other houses). Recently been fully renovated it now offers air-condition, bright furniture and handcrafted driftwood beach art. Hear, smell and taste the surf.
Read more here…
Tiny House By The River 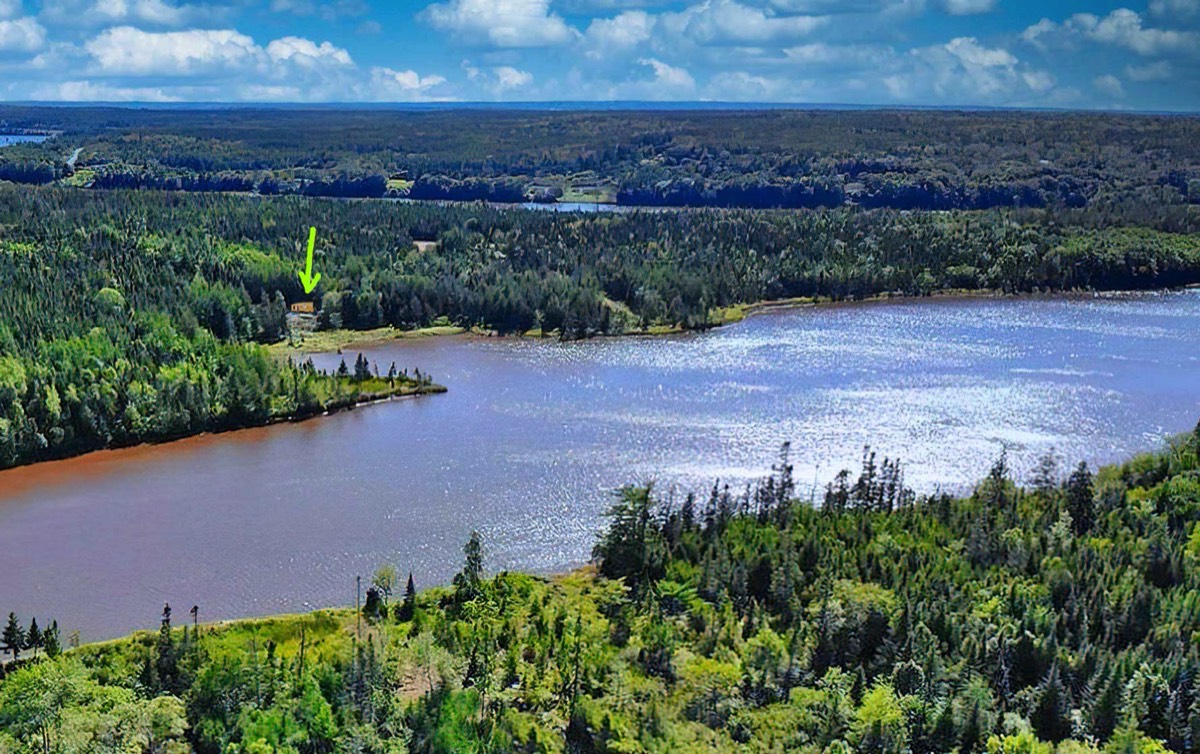 The Tiny House By The River is only 10 minutes away from our Bluenose and Yellownose House and the Dome Yurt where the River Inhabitants flows into the Atlantik. If you like peace and kayaking, going with the flow, this is your spot.
Read more here…
Camper's Nest 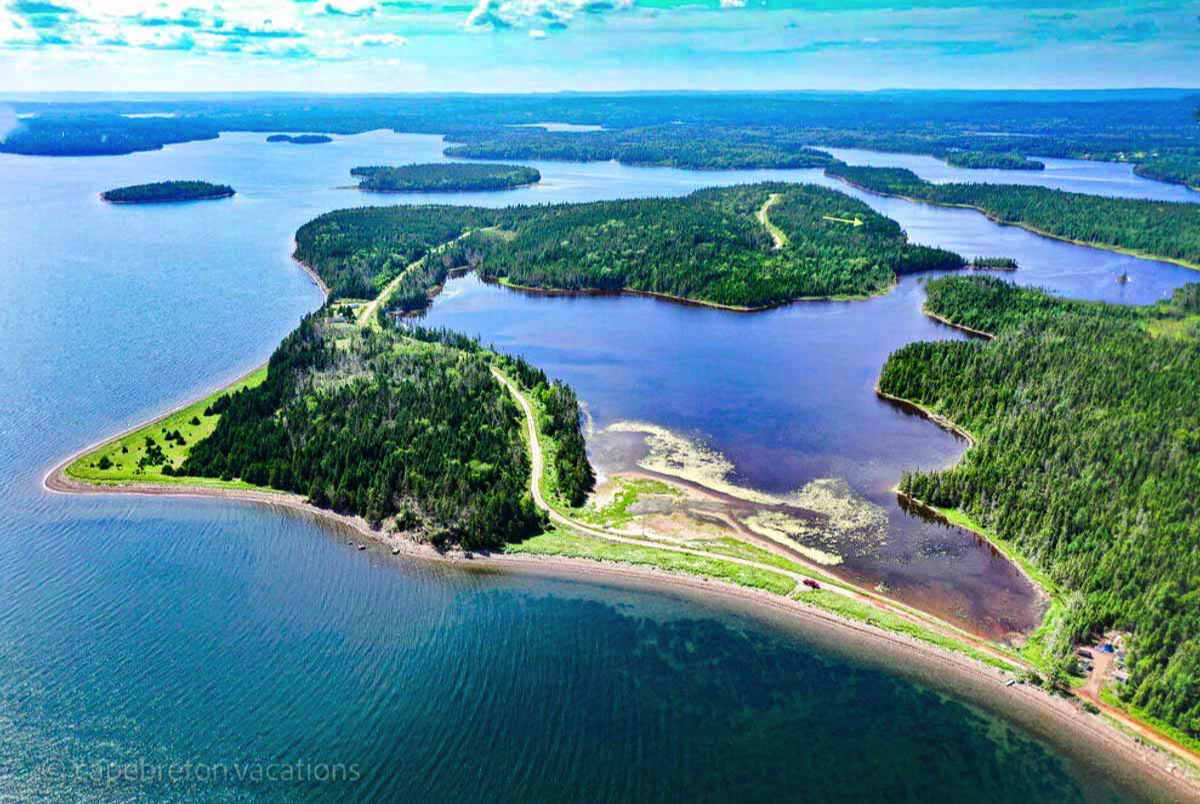 The Camper's Nest is a comfortable fully equipped camper trailer right on the Ocean in a secluded kayaking paradise. Glamping at its best!
Read more here…
Fisherman's Rest 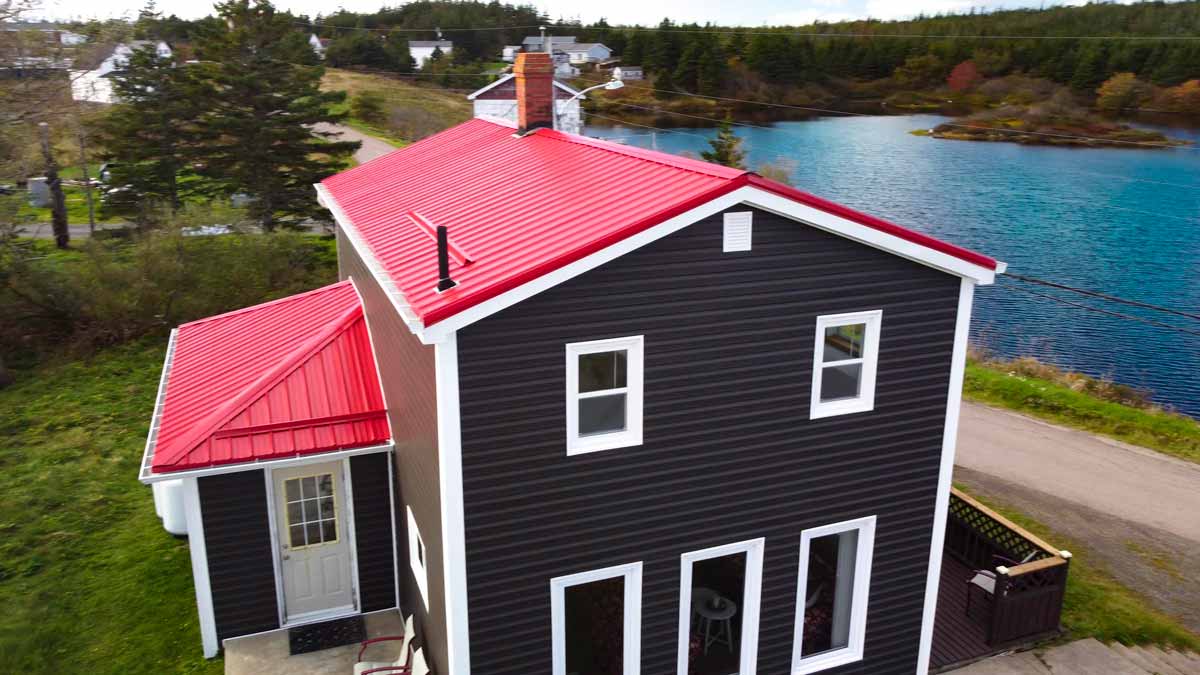 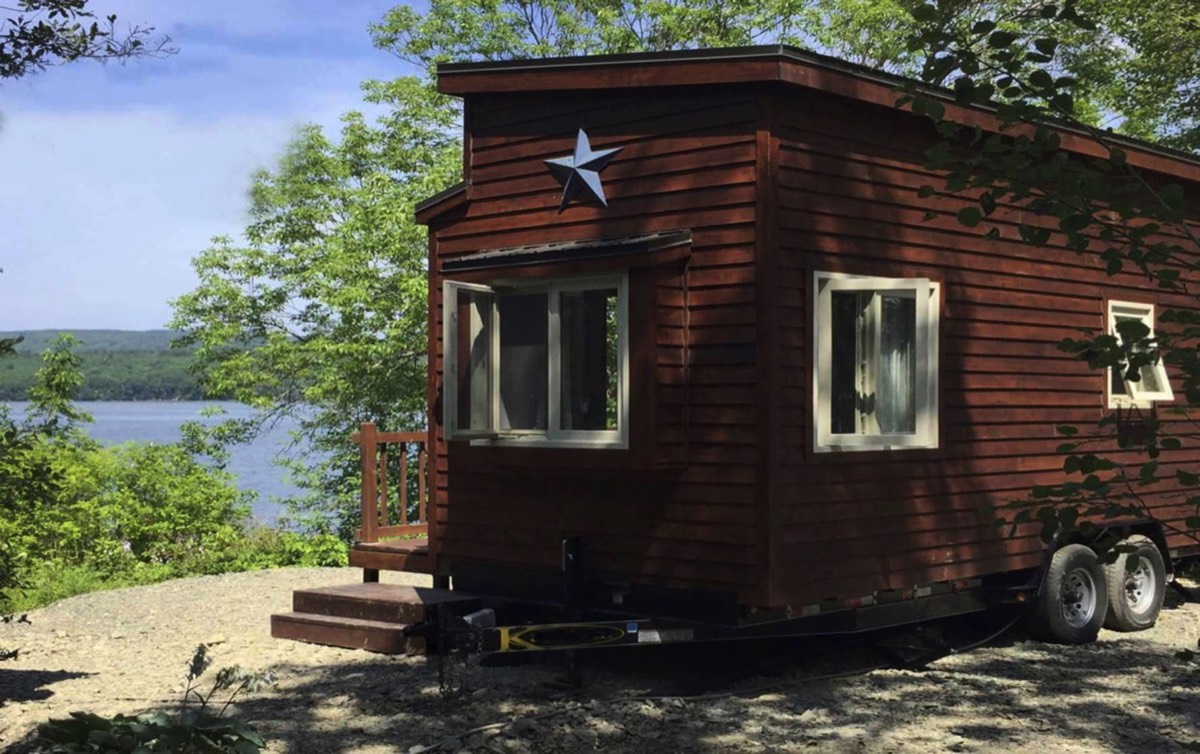 The Tiny Loon is only 15 minutes away from Inverness on Lake Ainslie, the biggest fresh water lake of Nova Scotia. Here you find privacy for a quiet bath in the warm water or sun bath on your private beach.
Read more here…
Mayfly 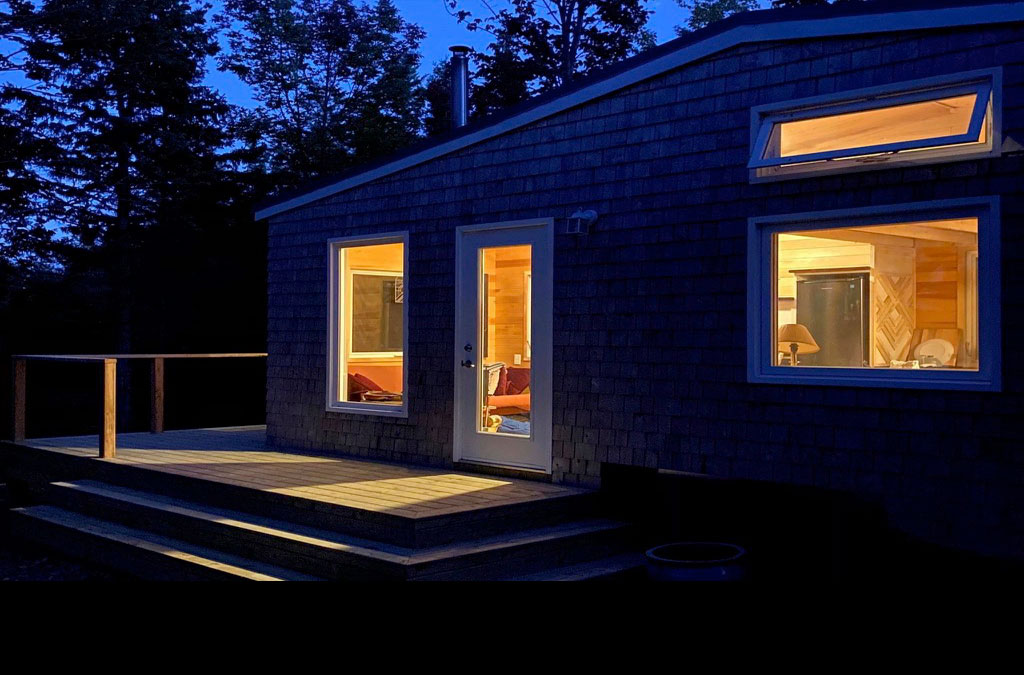 The Mayfly Tiny House is our masterpiece. This retreat has been planned and built with lots of love and attention to detail by the owners themselves, 15 minutes away from Inverness right on Lake Ainslie as well.
Read more here…
Dome Yurt 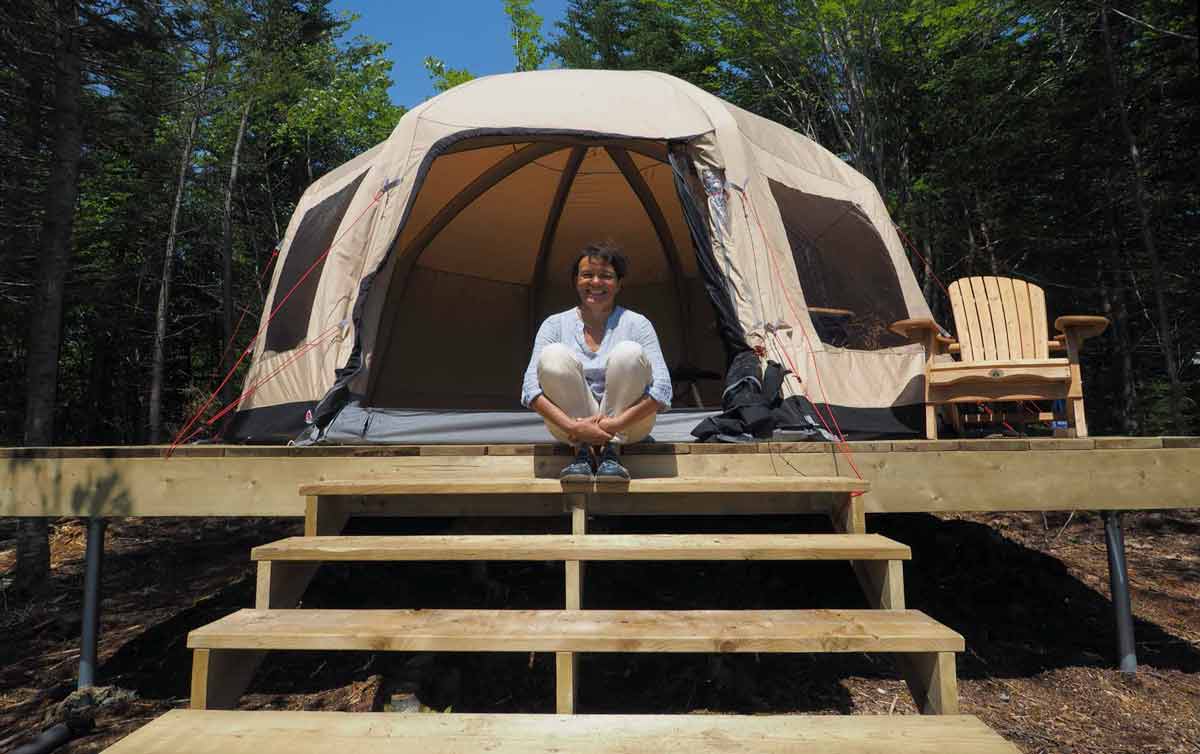 The Dome Yurt offers spectacular views and lots of space for a couple on almost 15 ft diameter / 9 ft hight. Here you find privacy for a bath in the warm water of the River Inhabitants Mouth, or sun bath on your private beach. Internet and power provided. Great for fishing and kayaking between lots of uninhabited islands.
Read more here…
In 2004, Cape Breton Island was voted by National Geographic Traveler Magazine over all other vacation spots in Canada as the second most beautiful travel destination in the world by over 200 internationally renowned travel agents. Read more.....
In 2005, National Geographic called Cape Breton Highlands National Park the #2 best national park in North America.
In 2011, the well-known travel magazine „Travel & Leisure“ chose Cape Breton Island as the Number 1 Island in the Continental U.S. and Canada and the Number 3 world best Island.
In 2014 Usatoday.com voted Cape Breton one of 10 romantic islands worldwide you'll fall in love with.
In fact, along the stunning costal area you can easily admire seals, pilot wales, dolphins, eagles, hummingbirds, loons and puffins.
People in Nova Scotia have a very strong relationship to the sea as their main income comes from fishing lobsters. Life on land is very quiet and slow. People here have time, are open and extremely friendly to sailors, as they rarely see some. 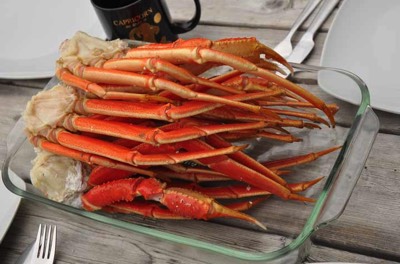 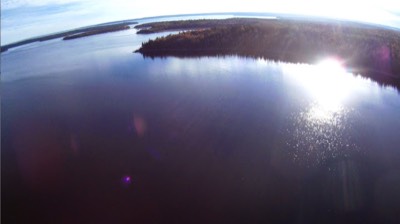 no wind mills or buildings spoiling the panoramic view of the Bluenose House, just pure nature! 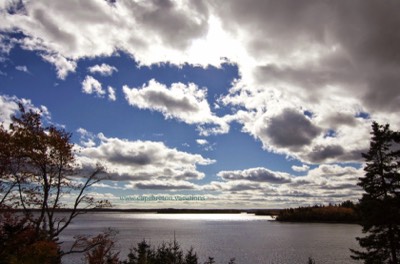 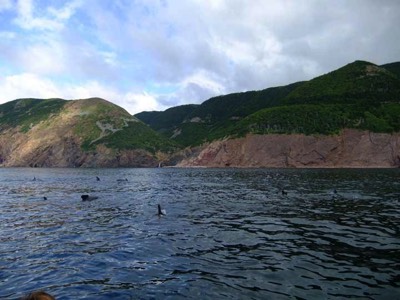 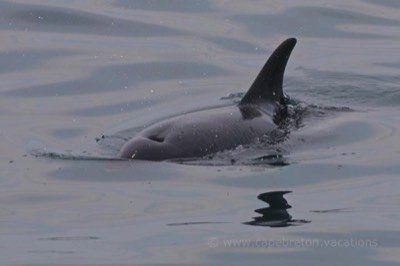 …just next to the kayak 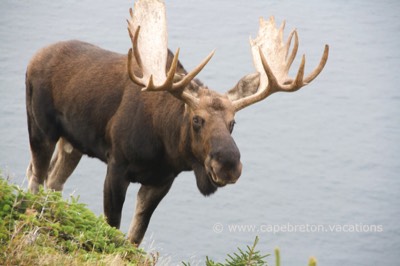 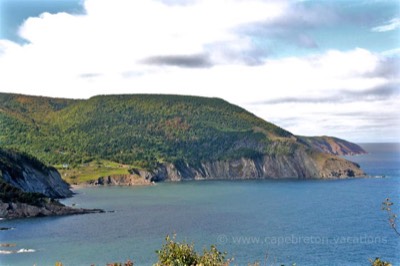 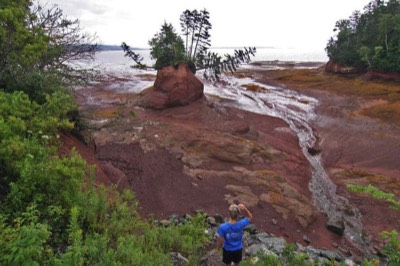 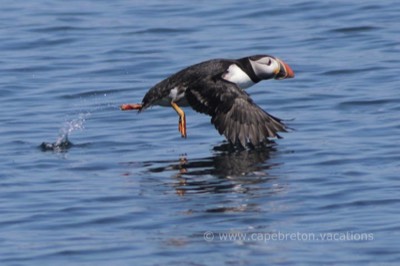 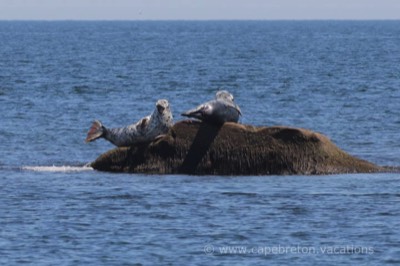 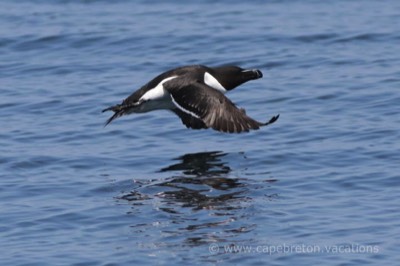 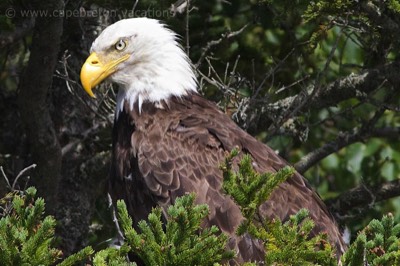 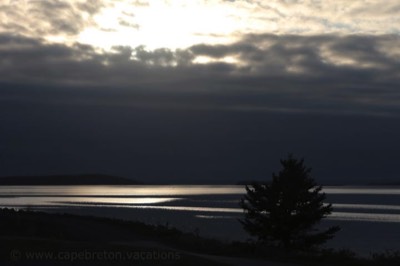 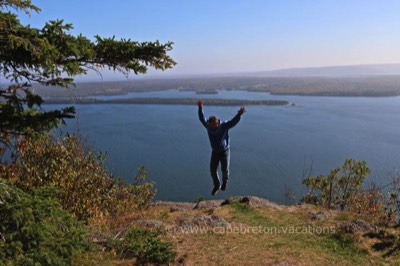 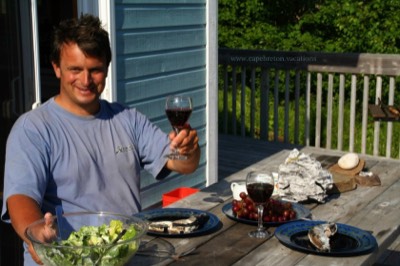 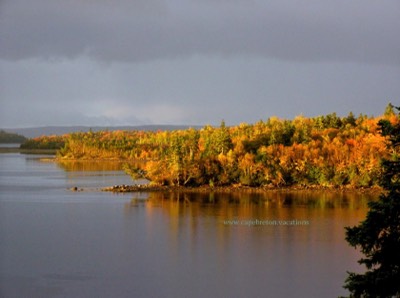 … and the view from the patio of the Bluenose House 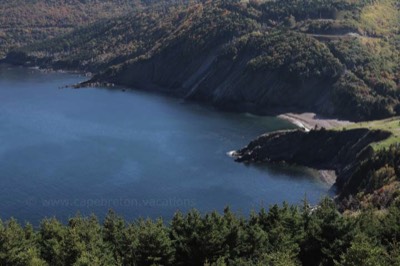 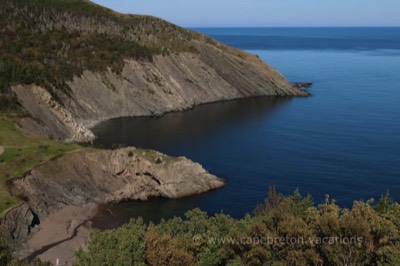 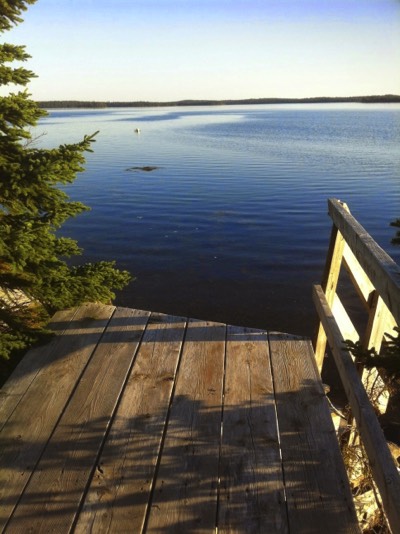 the wharf at the Bluenose House. Jump! 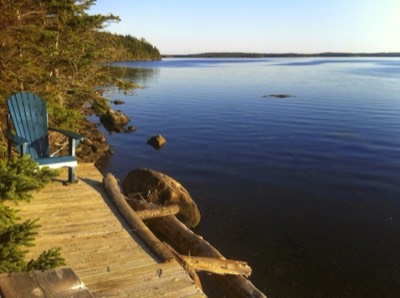 relax on the private wharf